Skip to content
Home
Answering the Call
Is this Crisis My Opportunity to Answer the Call?

Is this Crisis My Opportunity to Answer the Call?

Despite our best efforts to avoid chaotic situations and circumstances, being a member of the human family requires we negotiate relationships, manage crises, and navigate through confusion.

Jesus affirms this when he says, “In the world you face persecution. But take courage; I have conquered the world” (John 16:33).

We are not bad people because we find ourselves in tense situations.

We have not failed in life because drama is seemingly present everywhere, we go.

We are not undesirable because the challenges we face pose seemingly insurmountable odds.

Deborah, an Israelite prophetess and judge/ruler in the premonarchal period of Israel’s history, was probably not too thrilled to discover war at her doorstep as King Jabon of Hazor and his military commander Sisera threatened her people (Judges 4:1-3).

Interrupted by unforeseen events, Deborah – not too different than you and I – probably didn’t take the initial news well. However, from her response (Judges 4:4-10), Deborah calms down enough to address the impending crisis that put not just herself at risk but also her family and the people whom she ruled.

Surveying her options, Deborah recognizes she cannot meet the crisis alone and decides to ask for help (Judges 4:6).

Working collaboratively with Barak, Deborah devises a plan to lure Sisera and the army onto favorable terrain and defeat them (Judges 4:7-10).

Notice…Fear didn’t raise an army. Fear didn’t give soldiers courage; and fear didn’t defeat give the commanders wisdom. It was faith.

Never explicitly stated. Never bursting forth in a grandiose fashion. Faith is nonetheless an ever-present in Deborah’s narrative functioning as a call to trust God and lead God’s people.

Deborah never gives a formal “Yes.” The biblical witness never even explicitly mentions God during the process of Barak and Deborah devising their plans.  All we know is the responses to the impending crisis Deborah and Barak took.

Perhaps, you haven’t heard the voice of God directly calling you or witnessed a miraculous sign confirming God’s direction for your life, but that does not mean you are not called. God might have orchestrated circumstances around you that call you and I to rise to the occasion.

When given that opportunity, say “Yes” by standing tall and allowing your words to speak so loudly people can’t hear what we are saying. 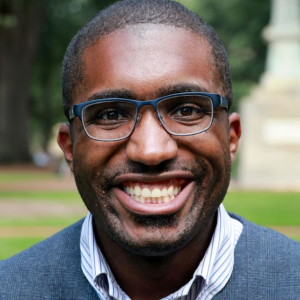 Is Jesus Really Worthy It?

Is God Calling Me Despite My Circumstance?

Is God Really At Work In All Circumstances?